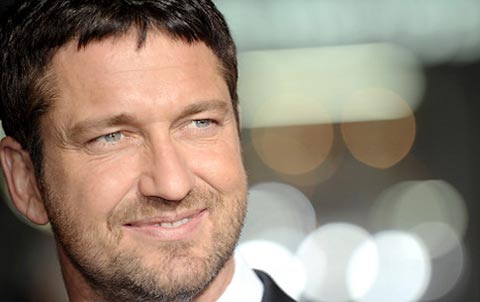 We have new surfer Rick ‘Frosty’ Hesson in Curtis Hanson’s upcoming Mavericks. And no, it’s not previously rumored Sean Penn, it’s Gerard Butler! So, Butler will play mentor to a famous surfer Jay Moriarity, but we also learned that the 300 star will also serve as executive producer along with his manager Alan Siegel. Lucky You director Hanson will direct from a script by Kario Salem and Brandon Hooper, and the story will center on: “Moriarity and his quest to ride the iconic Northern California break known as Mavericks, where winter swells bring in treacherous waves the size of five-story buildings. Moriarity trained under Hesson for an year and they formed a friendship that transformed both their lives.” Moriarity, who died in 2001 in a diving accident in the Maldives just a day short of his 23rd birthday, remains an inspiration to surfers around the globe. He took to surfing from a young age and was known as the most promising teenage surfer of his time. In his spare time, he sky dived and did motorcross. He was training to be a fire fighter and was employed as a surf instructor at the O’Neil Academy. He had also been visiting several countries as an instructor.” Shooting is expected to begin in October.
Continue Reading
Advertisement
You may also like...
Related Topics:Curtis Hanson, Gerard Butler