Today a new French poster and six photos from Jackass 3D have been released. Jackass 3D is the third installment in the wild and crazy real-world adventures of Johnny Knoxville, Bam Margera, Steve-O, Chris Pontius, Ryan Dunn, Ehren McGhehey, Dave England, Preston Lacy and Wee-Man. Jeff Tremaine is back as director (click here for a video interview), with Spike Jonze again on board as producer. Filmed with 3D cameras rather than relying on post-conversion, the Jackass crew will soon be flying off the screen and at your heads on October 15, 2010. 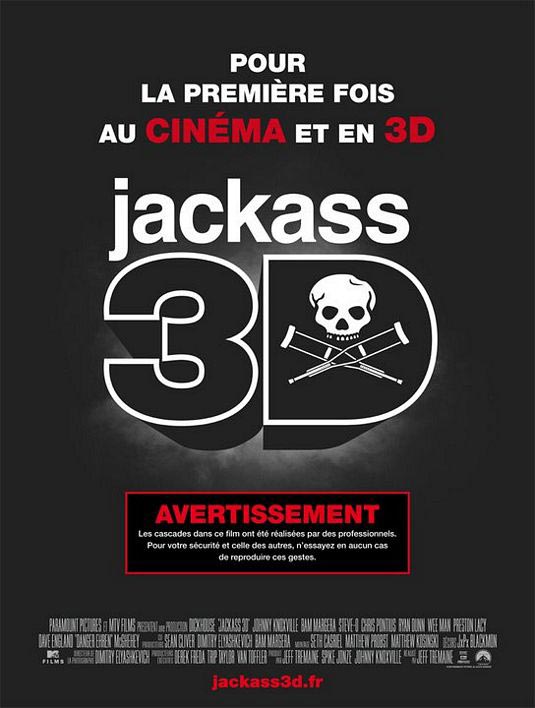