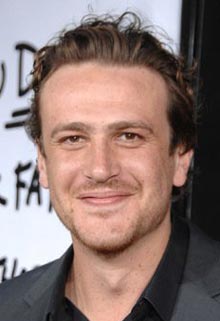 Jason Segel will star in an upcoming DreamWorks “80s-era-comedy” titled Undercover Cop. You probably remember this guy from titles like Forgetting Sarah Marshall or I Love You, Man, but he’ll now have a chance to star as the leading man (or, cop). Undercover Cop is added to the list of comedies that DreamWorks currently has lined up which includes Forever 21, Home Movies and Reply All. So, if you’re interested in comedies, check out the rest of this report. The story is inspired by the true tale of former cop that infiltrated the New Jersey criminal underworld in the era of feathered hair, zipper jackets and “Born in the U.S.A.” And that’s basically all we know about this project, except the fact that Jason Micallef (Butter creator) is writing the script. On the other hand, still no word on who the studio is looking at to direct. The film will be produced by Steve Zaillian, who is keeping himself pretty busy as a writer with David Fincher’s adaptation of The Girl with the Dragon Tattoo and a recently-announced Jack Ryan reboot. Anyway, Segel has Bad Teacher on the way, as well as The Muppets which he also co-wrote. Anyone interested in this comedy, or what?
Continue Reading
Advertisement
You may also like...
Related Topics:Jason Segel, Steve Zaillian