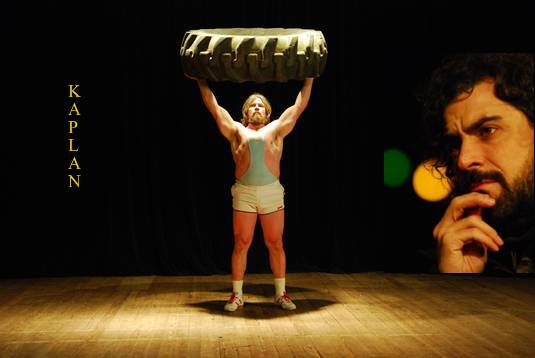 Brechner, producer, director and writer of several shorts, starts new project that is followup to awarded Bad Day to Go Fishing, his debut feature length film. The story turns around a 70 year old Kaplan which attempts to bring to trial former Nazi who now runs a restaurant out of Montevideo.

Discussing at Mexico’s Guadalajara Film Festival, Secco said Kaplan turns on a quixotic man who wants to achieve something in his life. The feature was “a fable with dramatic and comic touches,” she added, quite like Bad Day.

Centered on his grandparents’ experiences, Kaplan is penned by Brechner with contribution from actor-writer Gary Piquer, who won best actor at the 2009 Mar del Plata festival for his role in Bad Day to Go Fishing.

Kaplan will employ many of Bad Day’s key technicians, such as photographer Alvaro Gutierrez (The Invisible Eye, Under the Stars). It will now be put through this May’s Atelier, a part of the Cinefondation section of Festival de Cannes, another development workshop, before returning to the Torino Film Lab.

Board of Uruguay’s producers Asoprod, Secco (La Cascara), will exec produce and Brechner produce out of Spain’s Baobab Films and Uruguay’s Expresso Films. It secured a development grant from Spain’s ICAA Film Institute.

Picture is slated to film early next year in Montevideo and its coastal area.

Continue Reading
Advertisement
You may also like...
Related Topics:Cinefondation