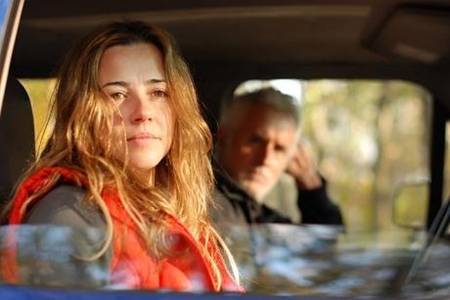 Focus World has debuted the trailer for Liza Johnson‘s indie drama film Return, starring Michael Shannon and Linda Cardellini, courtesy of iTunes Movies. Cardellini depicts a mother struggling to return to her ‘normal’ life she no longer recognizes after her military service in The Middle East. The Freaks and Geeks star Cardellini told the press:

One thing you can take away from this film is that it’s not trying to tell you what to think. I really hope it sparks a dialogue with people and communicates something that leads to further and better understanding.

When Kelli (Cardellini) returns home from war, she expected to slowly but surely settle back into her life with her husband (Shannon) and kids in the small town she grew up in. But she gradually realizes that the life she left behind is no longer there waiting for her.

Return opens in select theaters on February 10th, 2012 and will be available on iTunes on February 28th. Cardellini has recently back on primetime, guest-starring on the new CBS series Person of Interest, which also star Jim Caviezel and Taraji P. Henson. Shannon is picking up awards nominations for his star-turn in the indie film Take Shelter, and this past fall, he was seen in Martin Scorsese’s HBO series, Boardwalk Empire. As for fellow actor John Slattery, he will return on AMC’s Mad Men later this month. Hit the jump to check out the trailer, which is more a mood piece than a full-on plot explanation. [youtube]http://www.youtube.com/watch?v=E10acTbZSOU[/youtube] 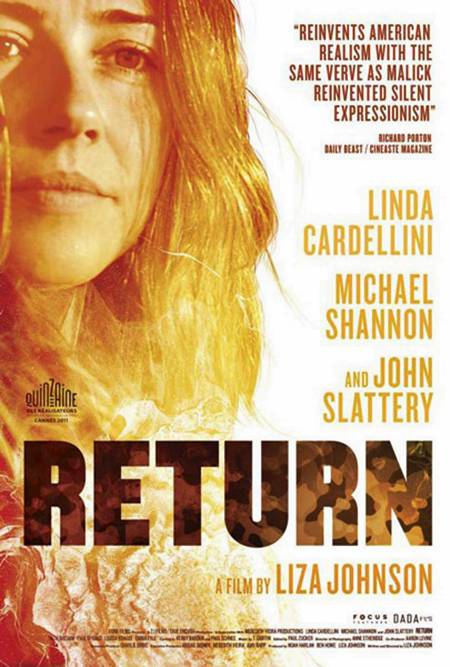