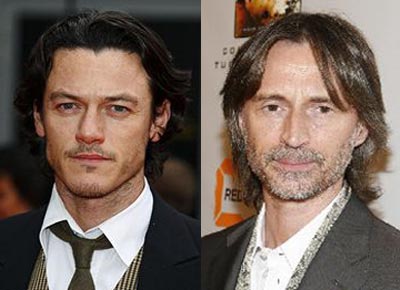 Dogs of Law is an upcoming Declan O’Dwyer‘s project that’s already being described as UK cop thriller. Today we learned that Luke Evans and Robert Carlyle are set to star in this movie, so I’m sure you’re interested to find out more about the whole thing with this cast on board, right? Check the rest of this report for more details.

Dogs of Law is written by Matthew Cooke and Vincent Lund, and as we said at the beginning, it’s going to be directed by first-timer Declan O’Dwyer.

O’Dwyer is TV veteran, and man who was behind the pilot for the cult British series Being Human.

Not much is known about the plot, but, according to the latest reports, Luke Evans is set to star as an undercover cop investigating corruption allegations levied against another officer, that will, of course, be played by Robert Carlyle.

If financing comes together the film will shoot in Birmingham and London in June.

But it looks that O’Dwyer is quite busy these days, since he’s also on board for the Broken Cove project that will follow “two warring families in a deserted coastal village in post-war 1950s Britain.” That one also has an interesting cast on board, Bernard Hill, Linda Bassett, Jason Flemyng, Danny Dyer, and Antony Costa.

So, as you see, things are getting serious, and as usual, we’ll keep an eye on Dogs of Law, so make sure you stay tuned!