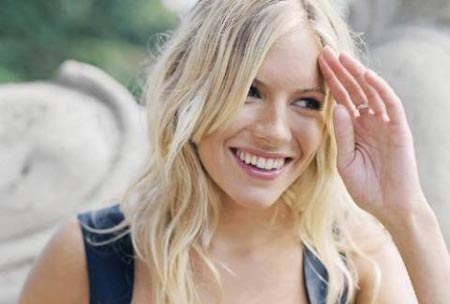 Sienna Miller fans will be happy to find out that this lovely lady is set to star in the upcoming indie-drama titled Just Like a Woman, that will be directed by Above the Law helmer Rachid Bouchareb.

Yes, I’m sure you’re familiar with this director, after all, his above mentioned movie received an Academy Award nomination for Best Foreign Language Film this year.

According to the reports, Miller is set to star as “a Chicago housewife who absconds with her belly-dancing teacher to Las Vegas to enter a dance competition.” Of course, she will have some good company, since we also learned that Iranian actress Golshifteh Farahani (Body of Lies) and Bouchareb regular Roschdy Zem will co-star.

Miller definitely looks very excited about this project, and here’s what she had to say about the whole thing:

“Rachid is one of the most exciting directors working today. He’s one of those people who understand the medium of film in a way that’s not manipulative but that’s honest and raw. As a director he’s capable of anything. The kinds of films he makes are the ones I like to watch.”

Miller is currently starring in a revival of Terrence Rattigan’s Flare Path in the West End. Last season, she was seen on Broadway in After Miss Julie. Her other stage credits include Independence Off-Broadway and a West End production of As You Like It.

Production on Just Like a Woman is expected to start on June 13 in New Mexico.