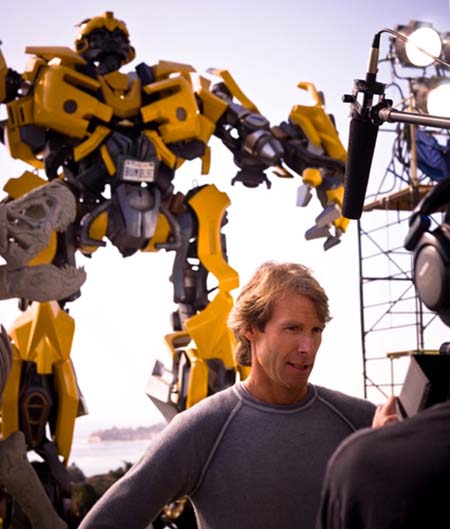 Good 3D morning guys! Seems like not all directors, e.g. Michael Bay, James Cameron, are satisfied with the whole 3D conversion thing that we write so much about, so check this latest news: Bay told he’s skeptical of the after-the-fact process of converting 2D movies to 3D, and looks like both Cameron and Bay share the same opinion… So, we all know Avatar director pushed some limits, but we’re also witnesses of this new Hollywood  “I-will-convert-even-myself” trend. Is it about quality or quantity, you might ask? When it comes to a man best known for directing high-budget action-adventure films characterized for their fast edits and substantial use of practical effects – quality is priority. We’re talking about Michael Bay, who investigated shooting at least some Transformers 3 footage with 3D cameras, but found them too heavy and cumbersome for the fast pace action scenes he shoots. “Right now, it looks like fake 3D, with layers that are very apparent. You go to the screening room, you are hoping to be thrilled, and you’re thinking, huh, this kind of sucks. People can say whatever they want about my movies, but they are technically precise, and if this isn’t going to be excellent, I don’t want to do it,” Bay said. And if you remember, we already wrote about James Cameron and his opinion about the whole thing. But still, he repeated that: “After Toy Story, there were 10 really bad CG movies because everybody thought the success of that film was CG and not great characters that were beautifully designed and heartwarming. Now, you’ve got people quickly converting movies from 2D to 3D, which is not what we did. They’re expecting the same result, when in fact they will probably work against the adoption of 3D because they’ll be putting out an inferior product.” We couldn’t agree more! But still, Cameron probably will convert his Titanic into 3D. OK, we know – as long as it’s “done well” and “driven by the artist.” We could finish this report with one very interesting thing Bay also said: “Studios might be willing to sacrifice the look and use the gimmick to make $3 more a ticket, but I’m not. Avatar took four years. You can’t just shit out a 3D movie. I’m saying, the jury is still out.”
Continue Reading
Advertisement
You may also like...
Related Topics:avatar, James Cameron, michael bay, Titanic, Transformers