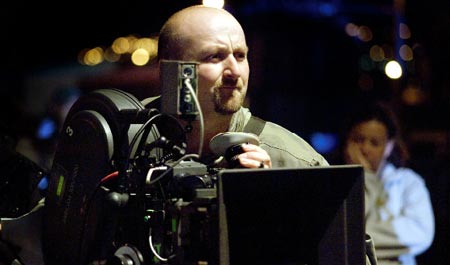 Look at this title, is that interesting, or what? Ok, we do know that Neil Marshall is good when it comes to horror movies (remember Descent?), but what about this aliens all of the sudden?

Just in case you still don’t have idea what we’re talking about, here’s a little explanation. Apparently, Marshall is now having some “alien invasion” plans for his future movie.

That’s exactly what Marshall revealed in an interview with LiveForFilms at the Jameson Empire Awards. He said that he’s currently chasing a number of different projects, but that he’s writing one too. When asked what kind of story that is, Marshall explained: “…it’s a World War II alien invasion movie.”

Ok, we still have no idea whether this ‘World War II alien invasion’ flick will be his next movie, but at least we do know he’s chasing about 12 various projects.

As you see, Marshall will be producing Axelle Carolyn’s The Haunted later this year, but his name has been linked to a number of films in the past – Underground and Burst and he’s also involved with Dune and Predators at various points.

We’ll have to wait and see what will happen with Marshall’s plans.

Continue Reading
Advertisement
You may also like...
Related Topics:Neil Marshall