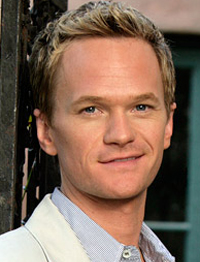 Neil Patrick Harris, guy you probably remember from titles like How I Met Your Mother and Glee will direct the indie romantic comedy Aaron and Sarah, and yes, this will mark his directorial debut! Hm, this could be something good, especially now, when we know that the title roles have been given to Emma Roberts and Josh Hutcherson! Movie will follow “…a geeky guy and a popular girl who become friends as freshmen in high school and see their relationship deepen through the four years, four proms and one funeral before graduation.” That’s not something that sounds fresh, but, if it means anything to you, the whole thing is written by Chad Gomez Creasey and Dara Resnik Creasey, the team behind TV’s Pushing Daisies. Just for a record, the film was originally titled B.F.F. and previously had David O. Russell attached to direct and Joe Nussbaum set to helm before him. The helmer’s chair now belongs to Harris, so let’s see how he’ll handle it. There is not currently a release date set for the film, which has yet to begin filming, but, as you already know, with every new update on this one, we’ll be back!
Continue Reading
Advertisement
You may also like...
Related Topics:Emma Roberts, josh hutcherson, Neil Patrick Harris