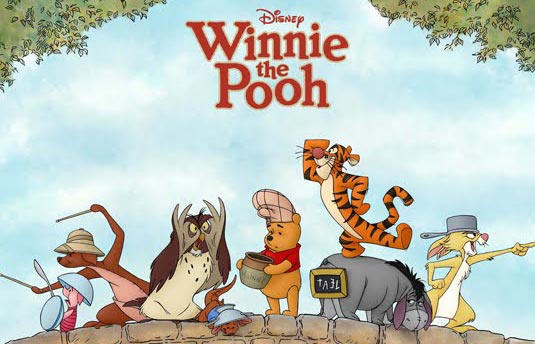 Disney has released a new poster for their forthcoming Winnie the Pooh hand-drawn feature. The movie, inspired by five stories from A.A. Milne’s books, is directed by Stephen J. Anderson. Winnie the Pooh voice cast includes Jim Cummings as Pooh / Tigger, Craig Ferguson as Owl, Tom Kenny as Rabbit, Peter Cullen as Eeyore, Wayne Knight as Papa Heffalump and Gilbert Gottfried as Marley. Synopsis: Walt Disney Animation Studios returns to the Hundred Acre Wood with Winnie the Pooh, the first big-screen Pooh adventure from Disney animation in more than 35 years. With the charm, wit and whimsy of the original featurettes, this all-new movie reunites audiences with the philosophical “bear of very little brain” and friends Tigger, Rabbit, Piglet, Kanga, Roo and last, but certainly not least, Eeyore, who has lost his tail. “Well a tail is either there or it isn’t there,” said Pooh. “And yours isn’t… there.” Owl sends the whole gang on a wild quest to save Christopher Robin from an imaginary culprit. It turns out to be a very busy day for a bear who simply set out to find some hunny. Winnie the Pooh hits theaters on July 15th, 2011. 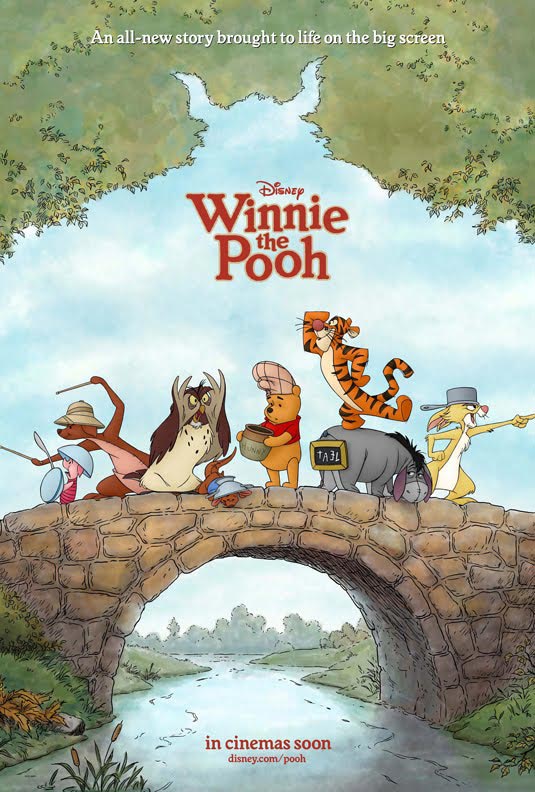