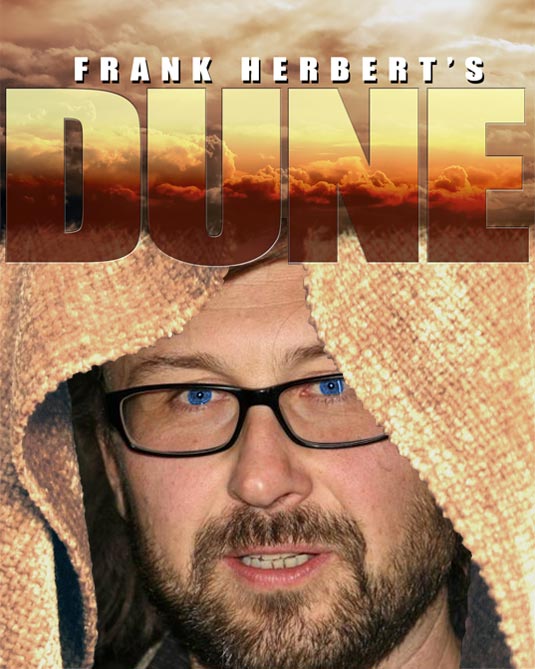 French filmmaker Pierre Morel, who directed the hit actioner “Taken” and the upcoming “From Paris With Love,” has signed on to helm new Paramount Pictures’ version of “Dune“, the sci-fi classic novel by Frank Herbert. Morel is chosen to replace Peter Berg, who decided to drop off the project in October 2009 because he has committed to Universal Pictures’ upcoming action movie “Battleship“. Entertainment Weekly reports:

“Paramount is now in the process of hiring a new writer to blend Morel’s vision for the film with the original draft penned by Quantum of Solace screenwriter Josh Zetumer” “Morel plans to make a very faithful adaptation of the 1965 book by Frank Herbert.”

Herbert’s novel—about an intergalactic struggle to control the supply of a valuable spice found only on the remote desert planet Arrakis—remains the biggest selling sci fi novel and it’s still enormously popular. “Dune” was first turned into a film by David Lynch, whose 1984 effort was not a financial success. Morel is a long time fan who brought his well-worn copy of the novel with him to meetings at Paramount, sources said. Kevin Misher‘s Misher Films will produce with New Amsterdam‘s Richard Rubenstein, who produced the 2000 telepic “Dune” and the 2003 sequel “Children of Dune.” EW went on to add that the project is a high priority for the Paramount.
Continue Reading
Advertisement
You may also like...
Related Topics:Battleship, Dune, Peter Berg, Pierre Morel