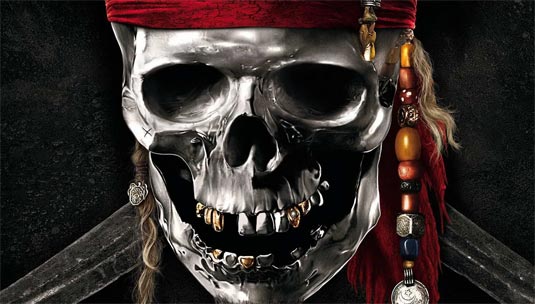 Fans will be the first to get an exclusive look at the brand-new trailer for Walt Disney Pictures “Pirates of the Caribbean: On Stranger Tides” in 3D on December 13, 2010, at AMC Downtown Disney Theatre 12 in Anaheim, California, as part of an exclusive “Pirates Fans First!” event. “Fans First!” winners will also have the chance on that day to be the first to experience the Pirates of the Caribbean attraction that started it all. Fans can enter to win a vacation for four to the event by “Liking” Yahoo! Movies on Facebook (www.facebook.com/YahooMovies) or entering the sweepstakes via Disney Movie Rewards (www.DisneyMovieRewards.com). Fans can also gain access to this exclusive event by listening to 102.7 KIIS-FM starting December 6th… In addition to being the first to see the new trailer for “Pirates of the Caribbean: On Stranger Tides,” and ride on the Pirates of the Caribbean theme park attraction, the lucky fans will be treated to a special Pirate after party, plus special commemorative gifts—but not until all of them have sworn to the “Pirate’s Oath” in a ceremony on the bow of the Columbia sailing ship. For added fun, fans who come to the event in pirate costume will have additional opportunities to win special prizing. Following the “Pirates Fans First!” event, the trailer will premiere on Yahoo! Movies, Disney.com, and other premium online destinations around the world at 1 p.m. PST. Later the same day at 7 p.m. EST the domestic broadcast debut will occur on “Entertainment Tonight” as part of their December Event for “Pirates.” “Pirates of the Caribbean: On Stranger Tides” captures the fun, adventure and humor that ignited the hit franchise—this time in Disney Digital 3D™. Johnny Depp returns to his iconic role of Captain Jack Sparrow in an action-packed tale of truth, betrayal, youth and demise. When Jack crosses paths with a woman from his past (Penelope Cruz), he’s not sure if it’s love—or if she’s a ruthless con artist who’s using him to find the fabled Fountain of Youth. When she forces him aboard the Queen Anne’s Revenge, the ship of the formidable pirate Blackbeard (Ian McShane), Jack finds himself on an unexpected adventure in which he doesn’t know who to fear more: Blackbeard or the woman from his past. The international cast includes franchise vets Geoffrey Rush as the vengeful Captain Hector Barbossa, and Kevin R. McNally as Captain Jack’s longtime comrade Joshamee Gibbs, plus Sam Claflin as a stalwart missionary and Astrid Berges-Frisbey as a mysterious mermaid. “Pirates of the Caribbean: On Stranger Tides” is written by “Pirates” veterans Ted Elliott & Terry Rossio. The executive producers are Mike Stenson, Chad Oman, Barry Waldman, Ted Elliott, Terry Rossio and John DeLuca. “Pirates of the Caribbean: On Stranger Tides” sails into theatres around the world in May 2011.