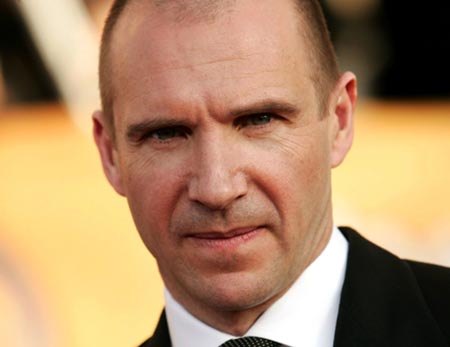 We definitely expect a lot from the upcoming Mike Newell’s adaptation of Charles Dickens’ novel titled Great Expectations. Just in case you’re wondering why, we’re here to answer that question by saying that the movie already stars Jeremy Irvine and Helena Bonham Carter and according to the latest reports, Ralph Fiennes is in talks to join the project as well!

At this moment, we know that Fiennes is only in early talks at the moment, since there are some scheduling issues to be worked out. As you probably know, he is busy with his involvement in a new stage version of The Tempest, which opens this August, the same month when Newel wants to start production on Great Expectations.

Still, if negotiations work out, Fiennes would be playing “a mysterious Magwitch.” On the other hand, Helena Bonham Carterwill play Miss Havisham while Jeremy Irvine is on board to play Pip.

Let us remind you that Dickens classis story follows: “…reared in the marshes of Kent by his disagreeable sister and her sweet-natured husband, the blacksmith Joe Gargery, the young Pip one day helps a convict to escape. Later he is sent to live with Miss Havisham, a woman driven half-mad years earlier by her lover’s departure on their wedding day. Her other ward is the orphaned Estella, whom she is teaching to torment men with her beauty. Pip, at first cautious, later falls in love with Estella, to his misfortune.

When an anonymous benefactor makes it possible for Pip to go to London for an education, he credits Miss Havisham. He begins to look down on his humble roots, but nonetheless Estella spurns him again and marries instead the ill-tempered Bentley Drummle. Pip’s benefactor turns out to have been Abel Magwitch, the convict he once aided, who dies awaiting trial after Pip is unable to help him a second time. Joe rescues Pip from despair and nurses him back to health.”

At the end, let us remind you that Newell will direct Great Expectations from a screenplay by Rowan Joffe, adapted from the classic Charles Dickens novel, with production expected to start in late August. The movie will shoot in and around London.