Connect with us
Erich and Jon Hoeber (Red starring Bruce Willis, Helen Mirren and Morgan Freeman) are in negotiations to rewrite Man on a Ledge, the upcoming thriller with Sam Worthington in a leading role. 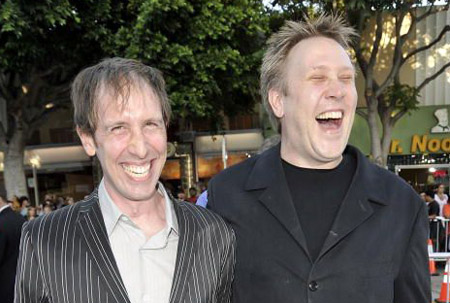 In addition to that, director Asger Leth is currently in negotiations to direct the whole thing for Summit Entertainment, with Lorenzo di Bonaventura to produce. Man on Ledge is the story that begins when an ex-cop-turned-con threatens to jump to his death from a Manhattan hotel rooftop. The NYPD dispatches a female police psychologist to talk him down but, unbeknownst to the cops on the scene, the suicide attempt is a cover for a massive diamond heist. So, as you all guess, Worthington will play a former police officer threatening to jump to his death and the female psychologist trying to save him. Not actually kind of role that we expect to see from Avatar star, but everything is possible when you are busy. Summit hopes to make the movie this fall or winter before losing Worthington to the Clash of the Titans sequel. We’ll keep you updated about Man on a Ledge so stay tuned!
Continue Reading
Advertisement
You may also like...
Related Topics:Asger Leth, Erich and Jon Hoeber, Man on a Ledge, Sam Worthington