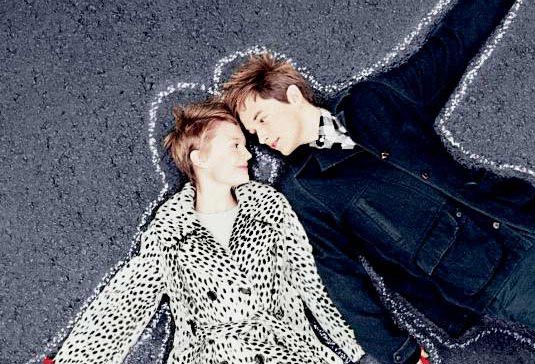 Columbia Pictures and Imagine Entertainment have  released  the official trailer and poster for their forthcoming teenage drama Restless. Synopsis: “From Imagine Entertainment comes a powerful and emotional coming of age story, a remarkable film told with honesty and originality that will leave audiences moved. In the film, two outsiders, both shaped by the circumstances that have brought them together, forge a deep and lasting love. Directed by Gus Van Sant, one of the most astute observers of people living life on the edge, comes a take on friendship and young love as engaging and true as it is provocative and stirring.” The screenplay was based upon Jason Lew’s original stage play “Of Winter and Water Birds”. Stars Mia Wasikowska, Henry Hopper, Ryo Kase, Schuyler Fisk, Jane Adams, and Chin Han. Restless is directed by Oscar-nominated helmer Gus Van Sant (Milk, Good Will Hunting, Finding Forrester) and hits theaters on January 28th, 2011. What do you think of this trailer and poster, and are you excited for the film? [youtube]http://www.youtube.com/watch?v=p7t29dNoTxs[/youtube]