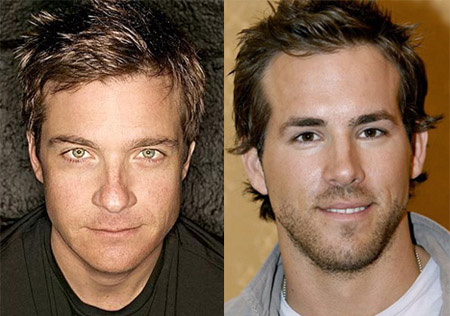 As we heard, Ryan Reynolds and Jason Bateman have signed on to star in Universal’s new project titled The Change-Up. So, new comedy is coming! And this time body-switching one! This movie is coming from well-known writing team that stands behind The Hangover – Jon Lucas and Scott Moore and will be directed by David Dobkin that you all probably remember from Wedding Crashers. Since we already know, those guys are going to change their bodies, what’s there to expect from the story? It looks like they will have to find some new and original way to make us more interested in the whole thing, because (you’ll agree) this very much smells like Freaky Friday, the 2003 comedy, but there the body switching took place between the mother and her daughter. And the new one will be a story of a family man (Bateman) who accidentally swaps bodies with his best friend, a single slacker actor played by Reynolds. Each gets a glimpse at what he missed, and an appreciation of what he had. Since we like what Reynolds did in The Proposal, we could also mention Bateman’s previous projects Couples Retreat, The Invention of Lying, Extract. Bateman also has the comedy Paul coming out this year and will next be seen opposite Jennifer Aniston in Disney’s The Switch. That’s why we’re not too suspicious about this acting team, and this time they will have a lot of space and time to be our leaders throuhgh this new comedy, so why not? The Change-Up is set to begin shooting this September. We can all only hope this comedy will bring some fresh change, since we already wrote our “miss-you-comedy-report”.
Continue Reading
Advertisement
You may also like...
Related Topics:Jason Bateman, Ryan Reynolds, The Change-Up