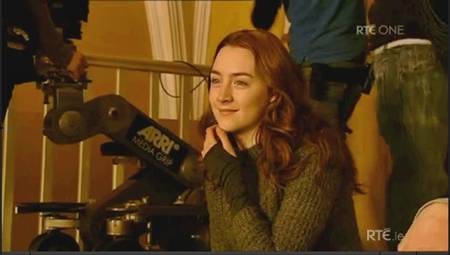 The Order of the Seven, formerly known as Snow and the Seven, which originated under the title Snow White and the Seven Samuri, once had Natalie Portman slated to play the lead and now, the lead role has been given to Saoirse Ronan. Finaly, Ronan has chosen to play a sort of version of that fairy tale princess after all as Mirror Mirror went to Lily Collins and Snow White and the Huntsman to Kristen Stewart. The long-gestating project also gained Australian commercial veteran Michael Gracey as a director. The most recent ‘materialization,’ co-written by Jayson Rothwell and Michael Debruyn follows Olivia (Ronan), a young Brit living in Hong Kong in the 19th century who seeks protection from an international order of warriors (seven of them). When an evil empress threatens them, she helps the warriors defend their destiny and reclaim their noble roots. The martial arts action film The Order of the Seven has planned to shoot this fall. Ronan, Oscar nominee for Atonement was most recently seen as a badass teen assasin Hanna, and just wrapped up vampire flick Byzantium and is gearing up to shoot The Host based on the sci-fi novel by Twilight’s Stephanie Meyer. Furthermore, she is attached to sci-fi actioner How I Live Now, about a teenage girl from NYC trying to survive WWIII in the English countryside and next lends her voice to The Secret World of Arriety. [youtube]http://www.youtube.com/watch?v=sMIjPs-KSro[/youtube]

Continue Reading
Advertisement
You may also like...
Related Topics:Saoirse Ronan