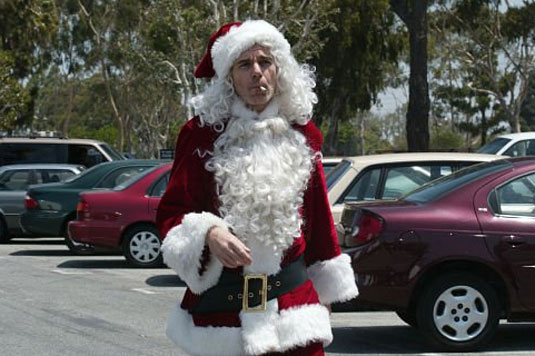 Bad Santa is getting a sequel. You already know that, right? But what you still don’t know is that Steve Pink, man behind that Hot Tub Time Machine project is now in some serious talks to both write and direct the whole thing. Of course, you should also expect to see Billy Bob Thornton as Willie one more time… I’m still not sure what to think about this one. I mean, it’s not like I was crazy for the original movie or something, but let’s face it – this dark comedy, directed by Terry Zwigoff somehow managed to earn $76.5 million at the worldwide box office. Oh, I see now, that’s why folks from Dimension Films want the sequel… Anyway, I will remind you that the movie also co-starred Bernie Mac, John Ritter, Lauren Tom, Lauren Graham and Tony Cox. On the other hand, in case you forgot, back in February Bob Thornton said the plan is to shoot the sequel in the fall. So, now when Pink is attached to the whole thing – guess we’ll soon have even more about Bad Santa 2. Anyone out there interested in this? Let us know and stay tuned!
Continue Reading
Advertisement
You may also like...
Related Topics:billy bob thornton, Steve Pink