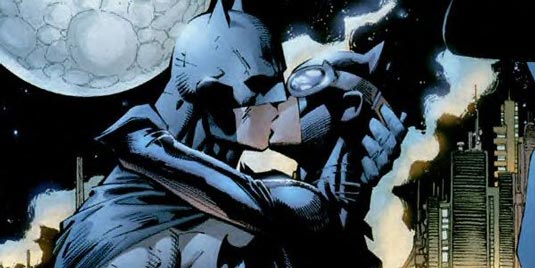 I think I can honestly say that we all got sick and tired of Warner Bros. and DC’s inability to make a Justice League movie. Now, according to the fansite we got the 2017 date from, Batman-on-Film, Warner Bros., having recently scrapped the latest JL script, is moving forward with its Batman reboot. WB’s plan was to introduce the new Batman in the Justice League movie, but with that one pushed back to ghost-of-my-grandmother-knows-when, the company is preparing to go ahead and make some more Bat-movies while they take their sweet time to figure out what to do about Justice League team-up. The only question that remains is how Man of Steel will fare; Batman-on-Film’s unnamed sources say that if Man of Steel tanks, the new Batman will be put on the fast track, and if it does well enough (i.e. makes money and justifies sequels), then WB will have a little more time to plan, in which case the first new Batman movie would hit somewhere around 2019. If it doesn’t, I guess we’ll end up with another jumbled reboot crap that has been rushed with greed. I don’t know how Man of Steel will do, but I’m almost 110% certain WB will choose to make more Batman films over Justice League, because 1) they’re easier to make (imagine how much CGI would be necessary for only Supes’ powers alone, not to mention all of them combined – well, those who HAVE superpowers) 2) they’re proven, thanks to Nolan 3) it’s what they’ve done for the last two thirds of my life (ahem. around 20 years), so why in the nine hells would they take SOME risk?!). Criminals? Oh no – it’s studio executives who are a cowardly, superstitious bunch. Right next to TV executives. P.S. Some of us would really like to see scenes like the one on the pic above in that reboot.

Continue Reading
Advertisement
You may also like...
Related Topics:Justice League