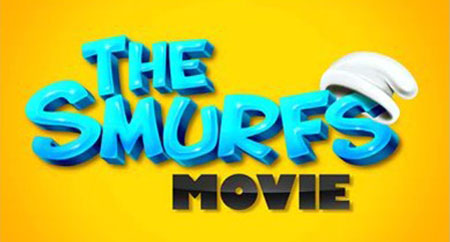 The Smurfs are ready for the big screen. We all remember those little guys, don’t we? The Smurfs originated in 1958 as a Belgian comic strip, and soon the whole world was fascinated with their cute adventures. Now we have the brand new information for all Smurfs fans! Seems like they are not over, and we’ll have a chance to see them in the upcoming live-action/CGI Smurfs movie! This is not a surprising news, since we all had a chance to hear rumors about this project. Who would say no to that opportunity? Columbia Pictures has hired Raja Gosnell to direct this 3D animated action, from a script by J. David Stem, David N. Weiss and Audrey Wells. Guess that was a good choice, since we all remember director’s previous films – Big Momma’s House, Scooby-Doo, and Beverly Hills Chihuahua, and we certainly know that he has a lot of experience working with hybrid CGI creations. That kind of opinion also shares Jordan Kerner, who has been developing the project as a producer for the past seven years. We all know that our little blue buddies live in a secret village in the forest. But what kind of story we could expect this time? The only thing we know, for now, is that The Smurfs will be placed in the modern world, so we can only guess what surprises the movie will bring. And now, we have a brand new information – veteran actor and comedian Jonathan Winters will voice Papa Smurf! Yes, that’s true. We already had a chance to hear some comments like – he’s old and wise like Papa Smurf, so he is a good choice! That’s cute. Winters hasn’t been much in the public eye lately, but those who know his comedy history know he is a legend, and are more than satisfied to know that he will have an honor to give not just his voice but also his soul to our favorite character. For the rest of the cast we’ll just have to wait and see who director Gosnell will pick. So there you go. Finally, after all these years, Sony will be animating our little blue buddies in 3D glory, done in full Hollywood style. I suppose you all agree they deserve this kind of treatment? [youtube]http://www.youtube.com/view_play_list?p=0AC9D90A9CB8D52A&search_query=The+Smurfs[/youtube]
Continue Reading
Advertisement
You may also like...
Related Topics:Jonathan Winters, Raja Gosnell, The Smurfs