Walt Disney Animation Studios has announced a new 3D computer-animated musical, titled Frozen will indeed debut in November. The project formerly known as The Snow Queen is directed by Chris Buck (Tarzan, Surf’s Up) and features the vocal talents of film/TV/stage star Kristen Bell (House of Lies) as Anna, a young dreamer about to take the adventure of a lifetime, and Tony Award ®-winning actress Idina Menzel (Glee) as Elsa the Snow Queen. Oscar-winning composer Alan Menken was once tied to the project, but for now the movie will feature original songs by Broadway greats Robert Lopez (The Book of Mormon, Avenue Q) and Kristen Anderson-Lopez (Winnie the Pooh). In Frozen,

a prophecy traps a kingdom in eternal winter, so Anna (voice of Kristen Bell) must team up with Kristoff, a daring mountain man, on the grandest of journeys to find the Snow Queen (voice of Idina Menzel) and put an end to the icy spell. Encountering Everest-like extremes, mystical creatures and magic at every turn, Anna and Kristoff battle the elements in a race to save the kingdom from destruction.

The Kristoff role has yet to be cast. Based on the Hans Christian Anderson fairy tale ‘The Snow Queen’, Disney has set November 27th, 2013 as the release date for Frozen. 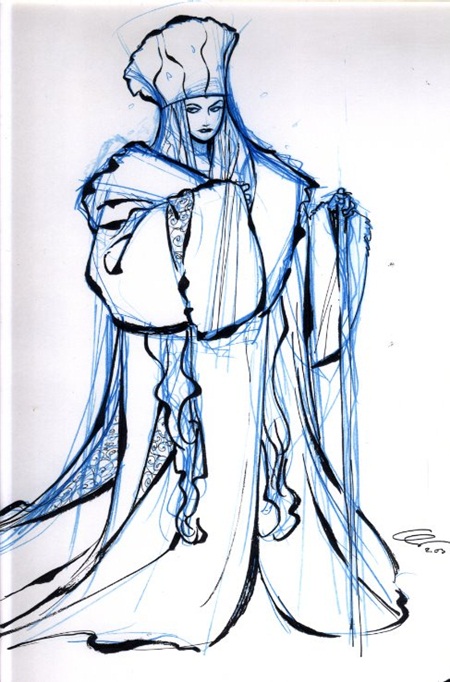 Continue Reading
Advertisement
You may also like...
Related Topics:Kristen Bell, The Snow Queen