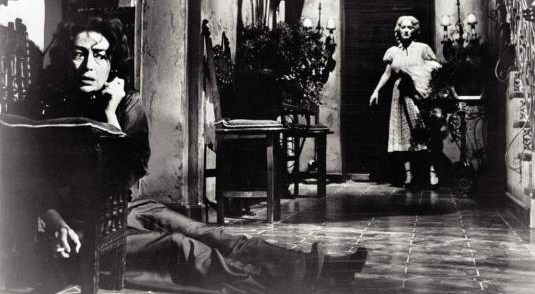 What Ever Happened to Baby Jane? We’ll soon find a completely new answer to that legendary question, because a remake of the whole thing is coming! According to the latest reports, director Walter Hill is on board to direct a remake for Lakeshore Entertainment, who will finance and produce the film. Bullet To The Head director, Hill, is also responsible for the script, or if you prefer – an adaptation of Henry Farrell‘s novel of the same name. I’m sure you’re already familiar with the plot, but what the hell, let us remind you once again that it centers on a former child star Jane Hudson and her sister Blanche (a movie queen from the 30’s) who are forced into retirement after a crippling accident. The original 1962 movie was directed and produced by Robert Aldrich from a screenplay by Lukas Heller, with Bette Davis and Joan Crawford playing the toxic sisters. What do you think about this news? Are you even interested in another remake?

Continue Reading
Advertisement
You may also like...
Related Topics:Walter Hill