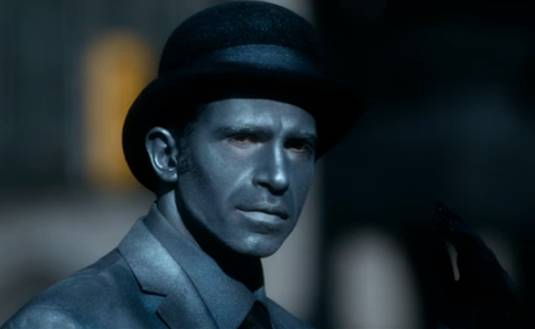 Here’s the trailer for the indie rom-com The Giant Mechanical Man set to appear at the Tribeca Film Festival in April.

Written and directed by Lee Kirk, The Giant Mechanical Man starring Jenna Fischer who also produced the film and is married to Kirk as well.

Actually, Fischer plays an unhappy woman who firstly finds inspiration in a silver-painted street performer, and she needs to choose to either start a relationship with the street artist or pursue an egotistical self-help guru, played by Grace.

Check out the trailer below:

SHE WANTS ME Trailer and Poster Starring Hilary Duff
A Third, No Wait, a Fourth TV Spot for Tim Burton’s DARK SHADOWS!
Advertisement