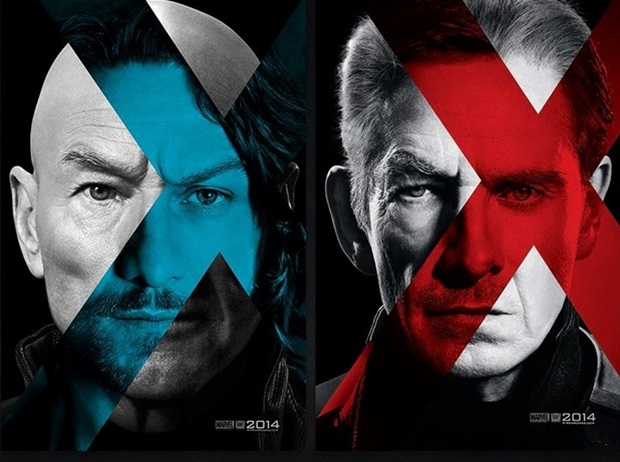 20th Century Fox has just released the first trailer for Bryan Singer’s return to the X-Men franchise, X-Men: Days of Future Past, bearing two Magnetos, two Professor Xaviers, and it’s no teaser. The extended trailer for Fox’s X-Men origins sequel finds members of the team joined with their younger selves to fight a war for the survival of the species across two time periods. Patrick Stewart‘s Professor Xavier features while instructing Hugh Jackman‘s Wolverine, who’s about to travel back in time, to find and convince the younger versions of Xavier and Magneto to work with him, along with appearances by several characters from the original trilogy, including the old Magneto (Ian McKellen), Storm (Halle Berry), Iceman (Shawn Ashmore), Rogue (Anna Paquin),  and Kitty (Ellen Page). There are a bunch of First Class incarnations, such as the younger Professor X (James McAvoy) and the younger Magneto (Michael Fassbender), Beast (Nicholas Hoult), and Mystique (Jennifer Lawrence), of course. There are also a whole lot of new characters including Bishop (Omar Sy), Warpath (Booboo Stewart), Sunspot (Adan Canto),  Blink (Bingbing Fan), and villain Bolivar Trask (Peter Dinklage) who also shows up quickly. Based on the comic book storyline ‘Days of Future Past,’  which ran in Uncanny X-Men #141 and 142, new X-Men is set to hit theaters on May 23rd, 2014. Check out the trailer below! Synopsis:

The ultimate X-Men ensemble fights a war for the survival of the species across two time periods in X-MEN: DAYS OF FUTURE PAST. The beloved characters from the original “X-Men” film trilogy join forces with their younger selves from “X-Men: First Class,” in an epic battle that must change the past – to save our future.

Continue Reading
Advertisement
You may also like...
Related Topics:X-Men: Days of Future Past trailer, XNEWS