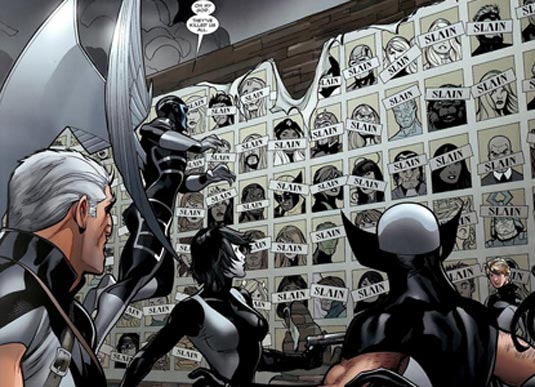 You know, I sometimes really thank the Fates for existence of fan clubs, sites and stuff like that. Even (I know I’m going to regret this immediately) for paparazzi. Why am I spouting this (seemingly) load of bollocks? Think about it. If it weren’t for them, we wouldn’t be able to keep ourselves updated on all of our favourite movie-stuff. This time, the thanks go to Fan-Girl.org for bringing us the first batch of pics showing redesigned Beast/Dr. Hank McCoy from Bryan Singer‘s X-Men: Days of Future Past. As you might remember, one of the earliest official set images that director Bryan Singer revealed over the course of production on X-Men: Days of Future Past was a sneak-peek at some concept art for the character of Beast, played by Nicholas Hoult, which hinted at a bit of a redesign in regard to what we’ve seen in X-Men: First Class. Sure enough, these set photos confirm that the character does indeed look fairly different. What’s even better, the images reveal a pretty intense-looking showdown between Beast and Michael Fassbender’s Magneto, whose first official pic we’ve seen yesterday. Take a look at the pics below: