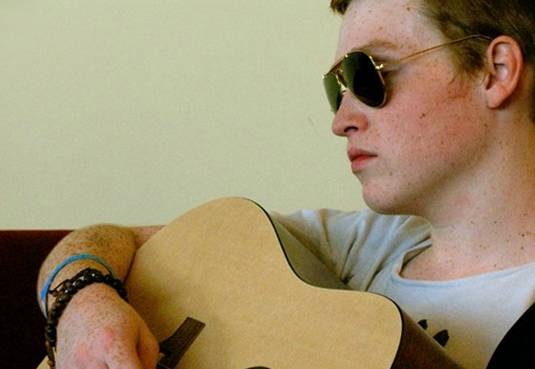 X-Men: First Class star Caleb Landry Jones has landed a role opposite Saoirse Ronan and Gemma Arterton in their upcoming vampire movie, Byzantium. Oscar winning filmmaker Neil Jordan (The Crying Game) is reteaming with producer Stephen Woolley to make this flick. Jones will reportedly play ‘a teenager dying of leukemia which in turns forces him to struggle with his mortality, causing Saorsie Ronan’s character to struggle with her own immortality.’ Gemma Arterton will be Ronan’s vampire mom who previously arrived in a small British town with her daughter. Back in May, the cast also included Helena Bonham Carter, Ralph Fiennes, and Jeremy Irvine, but there’s no mention of them in today’s report. The original screenplay is written by Moira Buffini and Woolley, who have made several movies with Jordan dating back to The Company of Wolves, including Jordan’s Oscar winning The Crying Game, recently said about it:

I love the horror genre and we’ve been working on this for three or four years. I sent it to Neil and he liked the script. We’d both recently revisited Angela Carter’s book and it was just chance that when I called [Jordan], we were thinking along the same lines. The original script is based on a youth theater play by Buffini but has been taken to a slightly more adult, darker level.

The movie has a $11 million budget and will start filming in October. With small roles in No country for Old Men and in the critically acclaimed NBC TV Series ‘Friday Night Lights’ Jones has a big summer in a starring role of the sonically-endowed Irish mutant, Banshee in hit film X-Men: First Class, as well as starring in The Seventh Son. He is currently filming on drug smuggling actioner Contraband with Ben Foster and Mark Wahlberg, and has the small indie film Summer Song with Alexa Vega this fall. The American dream still exists– Jones was a hard guy to find any info on several months ago! [youtube]http://www.youtube.com/watch?v=Gty2ukvaabI[/youtube]