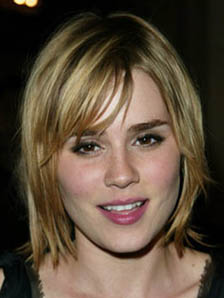 As Ellen Page step out from ‘Drag Me to Hell’, it was reported that Alison Lohman is set to step into the part left by the “Juno” star. Lohman will take over the lead character in the Universal Pictures’ horror project. In the film, Lohman will be acting under the direction of Sam Raimi. She is scheduled to join the production which has been pushed back to March 31. Originally, the shooting of the film should begin on March 17. She has starring in many feature films: ‘White Oleander’ (opposite Michelle Pfeiffer), ‘Matchstick Men’, ‘Big Fish’, ‘Beowulf’ and ‘Things We Lost in the Fire’.
Continue Reading
Advertisement
You may also like...
Related Topics:Alison Lohman, Drag Me to Hell, Ellen Page