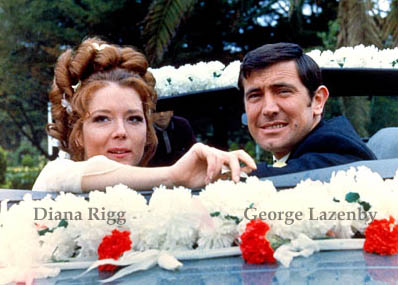 British actress Gemma Arterton has hinted that James Bond may get married in the upcoming 007 movie, ‘Quantum of Solace’. The 22-year-old star told a reporter that she and Daniel Craig had been filming scenes in a honeymoon suite for the film. The surprised journalist asked: ‘Honeymoon suite?’, prompting Arterton to reply: ‘I think I’ve said too much’. The actress plays an MI6 agent working at the British consulate in Bolivia in the new Bond film. It would be the second marriage for Bond – the spy got hitched in the 1969 movie ‘On Her Majesty’s Service’. James Bond may be ready to settle down in the forthcoming ‘Quantum of Solace’.
Continue Reading
Advertisement
You may also like...
Related Topics:Quantum of Solace