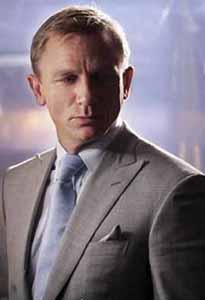 ”Quantum of Solace” producers, Michael G. Wilson and Barbara Broccoli, denied reports today that filming had been affected by violent protests in Panama City. In a joint statement they said: “The filming of ‘Quantum of Solace’, with director Marc Forster at the helm, is on schedule and will continue as planned in Panama. None of the cast or crew have ever been in danger. Reports of troubles with gangs are untrue.” ”The protests are to do with the fatal shooting of a construction worker in Colon and are unrelated to our filming activities. Our cast and crew have not been threatened and no thefts or muggings have occurred.” The producers added, “These scurrilous and irresponsible reports in The Daily Star have caused distress to the UK families of our filming unit.”
Continue Reading
Advertisement
You may also like...
Related Topics:Quantum of Solace