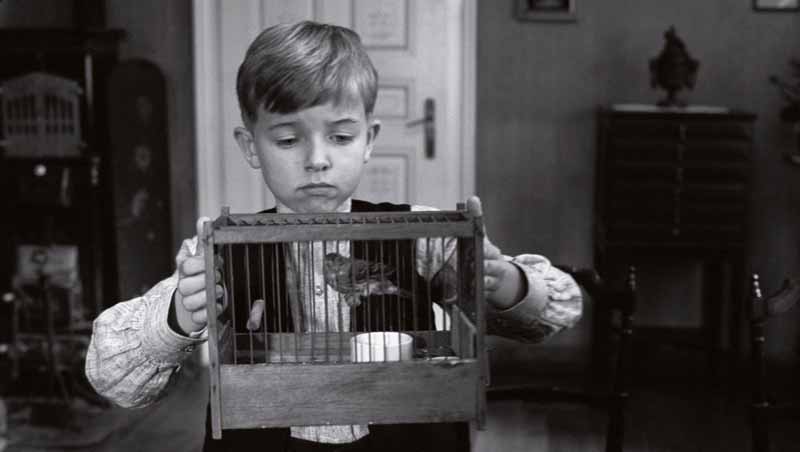 UPDATE May 24, 2009 – CANNES 2009 WINNERS Michael Haneke’ “The White Ribbon” (“Das Weisse Band“) won Palme d’Or! “The White Ribbon” (“Das Weisse Band“) directed and written by Michael Haneke is in competition for Palme d’Or at 62nd Cannes Film Festival. The movie stars Susanne Lothar, Ulrich Tukur, Theo Trebs, Michael Schenk, Leonie Benesch, Josef Bierbichler, Rainer Bock, Christian Friedel, Burghart Klaussner, Steffi Kuhnert and Ursina Lardi. Cannes best director winner Michael Haneke’s (“Cache,” 2005) latest focuses on a rural German school in 1913, which seems to be the sight of ritual punishment. The story of the children and teenagers of a choir run by the village schoolteacher, and their families: the baron, the steward, the pastor, the doctor, the midwife, the tenant farmers. Strange accidents occur and gradually take on the character of a punishment ritual. Does the ritual punishment have an affect on the school system and is this a precursor to the rise of fascism? 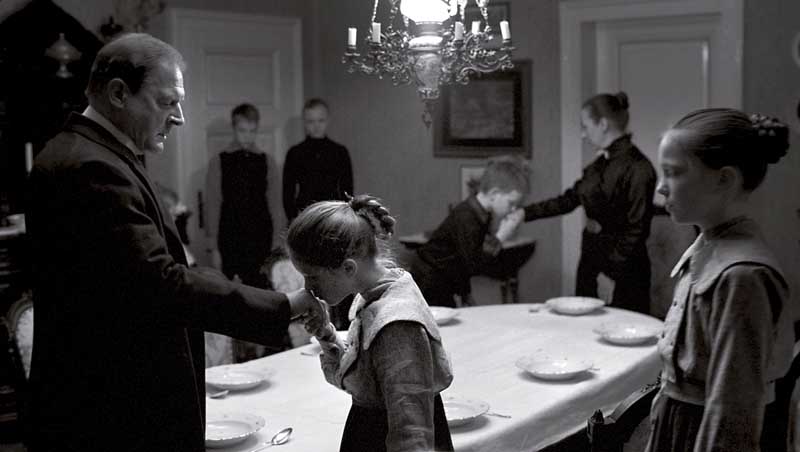 Reviews sound fantastic so this could be easily Palme d’Or winner. “…The film works on several levels – as a story of hypocritical adults and their unbalanced children, a picture of patriarchal community life and a snapshot of how 20th century Germany was shaped… “…Of course, this being Haneke, there is nothing as simple as a reveal in which the culprits are unveiled. Instead, he takes pleasure in the tensions along the way and the catastrophic repression behind every sentence uttered. The villagers of The White Ribbon are quite the most disturbed ensemble of characters to emerge from a film-maker’s mind in some years… “…But all is not as straightforward as it seems. The possibility that the children themselves have become monsters bears chilling implications for the events which will take place in Germany over the following 30 years.” ScreenDaily “Pairing visual mastery with a quietly immersive story, “The White Ribbon” plays like a morbid version of “Our Town,” patiently revealing the inward discord beneath the surface of a settled community. It’s a frightening depiction of mortality.” IndieWire 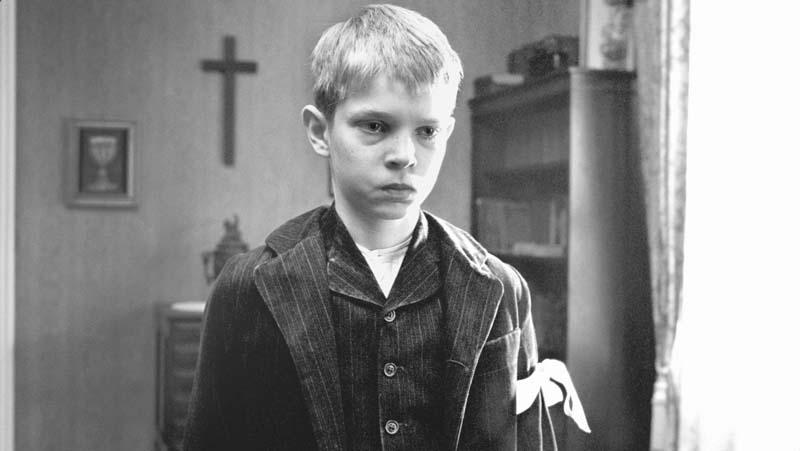 “…This dark, dark indictment of the Protestent German psyche in a small rural village as Europe hurtles to war should be a must-see for arthouse audiences everywhere…” Screen DailyBlog – Fionnuala Halligan “…Perhaps closest to his two-part 1979 TV film “Lemmings” that scrutinizes the ills passed down from generation to generation, but similar as well to a number of his other pictures, including his 2004 international hit “Cache” (Hidden), in its refusal to clearly solve the deadly central mystery, this ironically titled film goes beyond its general analysis of humanity to implicitly suggest some tendencies in the German character and culture that could point to certain developments in the subsequent three decades…