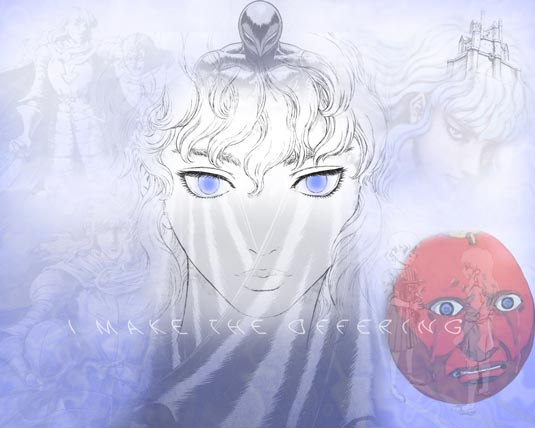 North American anime publisher Viz Media began streaming a 32-second commercial on Tuesday for the Berserk: The Golden Age Arc – The Egg of the King film, which has been released on Blu-ray Disc and DVD on Tuesday. Check it out after the jump.

Berserk: The Golden Age Arc – The Egg of the King is the first of three films in Studio 4°C’s theatrical adaptation of Kentarou Miura‘s Berserk manga.

Speaking of which, here’s a clip from second film, Berserk: The Golden Age II – Battle for Doldrey, in which Griffith “meets” a little princess a bit… better. I’m not sure if it deserves to be described as red-band or no, but, here it is and you can be the judge: