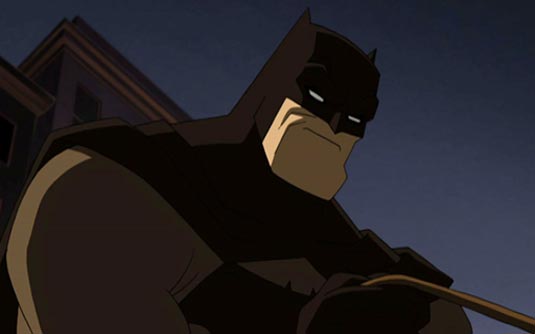 Warner Home Entertainment has released the first clip from the animated film, The Dark Knight Returns Part 2. Based on the graphic novel by Frank Miller, the story continues with Superman (Mark Valley) being tasked to take down an elderly but still resourceful Batman (Peter Weller). Check the clip out: I can honestly say that this clip shows off how Batman can still beat the crap out of everyone even though he’s in his elderly years (and looks a bit chubby). The Dark Knight Returns Part 2 hits Blu-ray Combo Pack and DVD, On Demand, and Digital Download on January 29th, 2013.
Continue Reading
Advertisement
You may also like...
Related Topics:Frank Miller, Peter Weller