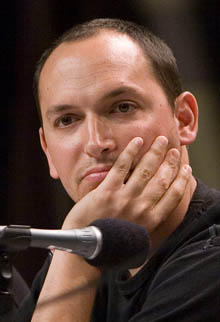 ”The Incredible Hulk” director Louis Leterrier is negotiations to develop and direct “Strays,” action thriller written by Michael Ross. In “Strays,” a group of young consultants on a business trip to Russia mysteriously wake up in an abandoned and radioactive city and fight to survive the deadly obstacles in between them and safety. Louis Letterier, whose “The Incredible Hulk” was the weekend’s boxoffice champ with $54.5 million in opening, also directed ”The Transporter” with Jason Statham and  it’s sequel ”Unleashed” (”Danny the Dog”) with Jet Li and Morgan Freeman.
Continue Reading
Advertisement
You may also like...
Related Topics:Louis Leterrier, The Incredible Hulk