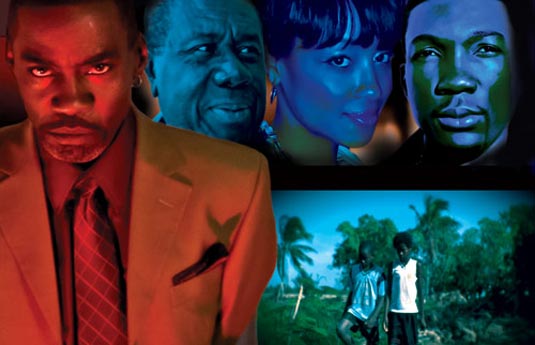 Hollywood is still buzzing about the premiere of the gritty urban-action film Out The Gate. The star-studded event was held Thursday the 13th at Laemmle’s Royal Theatre and the scene was electric. Camera flashes pulsed like a strobe light as the film’s stars Paul Campbell, Shelli Boone, and Everton Dennis hit the red carpet. Numerous celebrities came out to support the event including Leon (Five Heartbeats, Temptations), Harold Perrineau (Lost, Oz) as well as Jamaican favorites Jeffrey Gunter (Naked Gun, Marked for Death), Stacyann Chin, and many more. The near capacity crowd of 600 was on the edge of their seats laughing, clapping and interacting with the movie throughout the screening as Los Angeles witnessed the historical opening of the Jamaican feature. The response to the picture was tremendous. Immediately following the screening a question and answer session was held, moderated by reggae historian Roger Steffens, who offered the following quote about the movie

“‘Out The Gate’ is a vivid and moving reflection of the immigrant experience and the flagrant joy of musical creativity of our Jamaican cousins.”

– Roger Steffens. During the panel discussion “funny”, “sincere” and “inspirational” were some of the adjectives used to describe the film. The limited engagement continued over the weekend with showings to packed crowds at the Laemmle’s Sunset 5 Theatre in West Hollywood.

“The caribbean community in Los Angeles is small but strong and they came out in full force to support,”

stated Keith Lewis, one of the films producers. “There is a void of entertainment that is culturally relevant to the caribbean and african community, so it was a joy to hear such rave reviews,” he continued. Plans are underway for the film to premiere in New York and Jamaica, and continue on to Miami, Toronto, London. The film was produced by Far I Films, Inc a Jamaican/American owned and operated production company under the SAG indie agreement and shot on location in Clarendon Jamaica and Los Angeles. The producers have announced there will be a sequel to the film. Synopsis: After a turn of unfortunate events in Jamaica, Everton leaves his home to make it big in the music business in America. Everything is not a bed of roses in Hollywood, but with struggles and perseverance he finds love and success, only to have it all threatened when the Don of LA (Paul Campbell) wants his dues.

Out The Gate Trailer

Out The Gate Poster 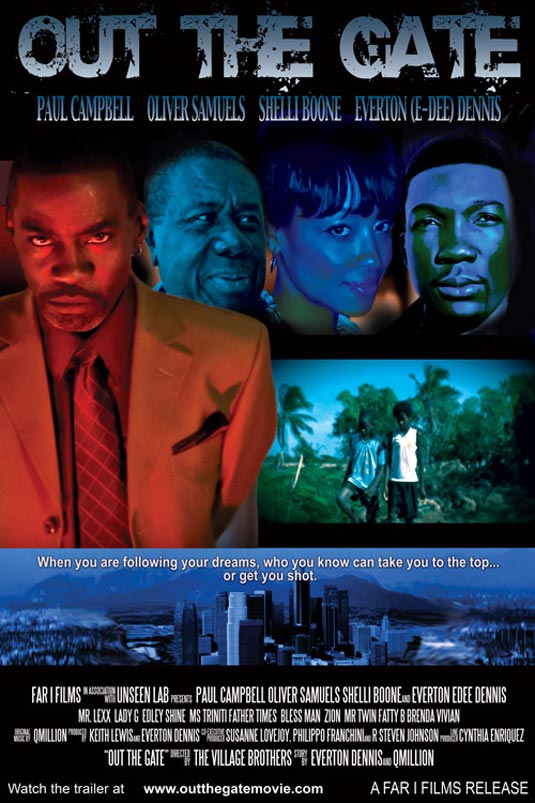 Continue Reading
Advertisement
You may also like...
Related Topics:Harold Perrineau