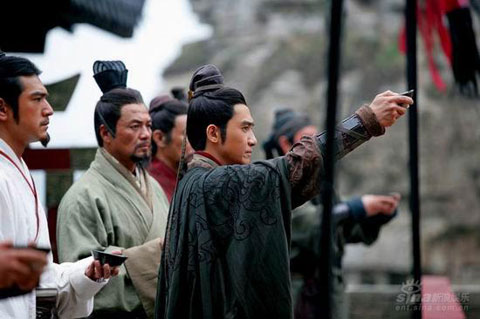 John Woo will be developing his first Chinese-language film “The War of the Red Cliff” after 10 years. Chow Yun Fat has been offered the starring role and that is the first time they have worked together since the classic ‘Hard Boiled‘ in 1992. ‘The War of the Red Cliff’ is movie with a budget of $36 million which is the most expensive ever in Chinese Cinema history.

“Red Cliff” is based on historical events that took place in China 1,700 years ago and on a chapter in the popular novel “Romance of the Three Kingdoms.” Some 600 years after its publication, the book is still widely read in China. ‘The War of the Red Cliff’ has 2 parts. The first movie “The War of the Red Cliff,” is set to premiere July 10. Production of the second movie is expected to wind up within the year, and is tentatively scheduled for a December release.

The trailer is without English subtitle, but it’s also mostly without dialogue.
Continue Reading
Advertisement
You may also like...
Related Topics:Red Cliff