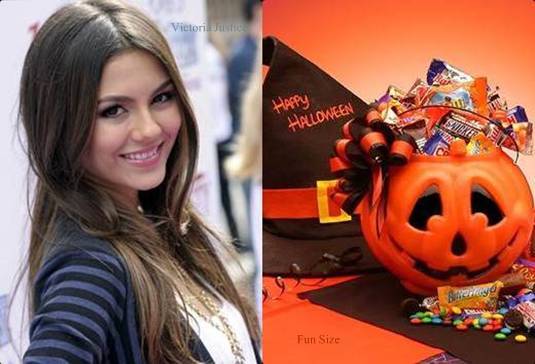 According to Variety, Justice has been offered the lead, beats likes of Chloe Moretz and Jane Levy to play a teenage girl who takes her younger brother trick-or-treating practice on Halloween, loses him and must find him before their mother finds out.

Making his first foray into feature films, television’s Josh Schwartz will direct and produce with his partner Stephanie Savage through their company Fake Empire.

Justice has no sophisticated body of work to her credit except of Victorious, a television sitcom created by Dan Schneider for Nickelodeon that follow the would-be singer Tori Vega, portrayed by Victoria Justice, who attends a performing arts high school called Hollywood Arts, while getting into crazy situations on a daily basis. Max Werner‘s script was placed on the Black List last year, only to be seized by Schwartz, who has a talent for producing television and film around teenagers. On this plat Fun Size looks to be possibly one of the best ones. Besides, Justice continues to be seen in Victorious.

This will be a giant leap forward in Justice career. Rumors still floating around that Zoe Kravitz and heavy duty Emma Roberts were also interested in the role.

Since the production is scheduled for summer, the remaining cast should rapidly come together. No release date has been set yet.

Will you watch Victoria Justice in Fun Size?