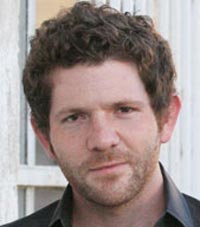 Are you guys ready for huge update? I know you are, so we’re here to share some news on the upcoming Robocop remake! Few days ago we reported that MGM plans to hire Brazilian director Jose Padilha to helm this remake, and now – it’s official! But if you thought that’s all – you were wrong, because we also learned that MGM has hired Josh Zetumer to script the remake. So, who’s Josh Zetumer? He’s the guy who wrote Infiltrator, an action story that made it on the Hollywood’s Black List. But he’s definitely best known as the writer who worked on the drafts for Paramount’s Dune remake and fourth installment The Bourne Identity script. Now, according to Deadline, Zetumer and Padilha are going to work together “closely in developing the film which will undoubtedly be under close scrutiny from the word “go” by people such as myself who believe the 1987 original to be a sci-fi classic.” Let me also remind you that the original movie was directed by Dutch filmmaker Paul Verhoeven, best known for Total Recall, Basic Instinct, Starship Troopers and Hollow Man. It featured a cop who is brought back from the brink of death in the form of a cyborg with no memories of his prior life, and the movie spawned two sequels. Where will this new version take us? We have no idea, but we definitely hope that we’ll have a chance to watch something great. If you share our opinion – let us know, and, as usual, stay tuned!
Continue Reading
Advertisement
You may also like...
Related Topics:José Padilha, Josh Zetumer, robocop