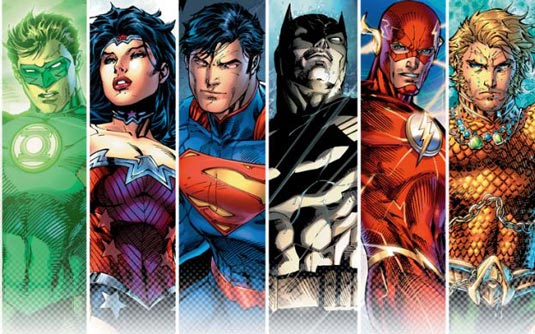 Okay, so the following lineup isn’t exactly unpredictable, but with all the recent rumors about this planned Justice League film popping up like crazy, it’s nice to get something solid – at least that basic info on exactly which team members we will see on the roster. Like I said, there have been many rumors, but most have been debatable, at tle least, if not completely made-up. However, people over at Latino Review have a proven track record, so if this one ends up incorrect, I’ll be eating my own flats. The 5 characters Latino Review list as the core team members are – surprise, surprise – (drum rolls): So yeah, no surprises there. But, the site also lists a few possibilities for appearances from some second-line Justice League members – apparently Martian Manhunter and Aquaman might also pop up, with the “weakest possibility” for a cameo going to Hawkman. So there you have it, only one female team member, but I guess that was to be expected. Personally I think I’d have preferred Black Canary or Hawkgirl over Hakwman. Any thoughts?

Continue Reading
Advertisement
You may also like...
Related Topics:Justice League