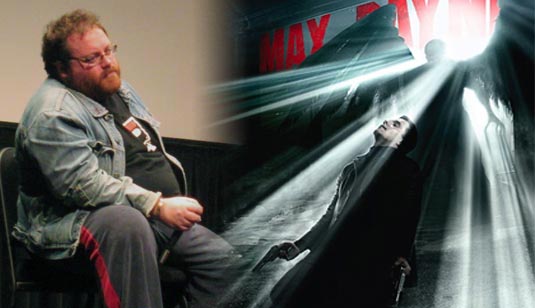 John Moore, “Max Payne” movie adaptation director talked to Das Gamer expressing his upset because he couldn’t get Motion Picture Association of America (MPAA) to give the movie the rating PG-13.. accusing the folks of judging his movie for its intent instead of content. Moore tells the site that right now he’s been given an R rating because the film “feels dark”. While Moore is hard at work trying to reverse the rating, he is more upset over how the MPAA conducts itself.

Das Gamer: How challenging has it been to get a PG-13 rating for Max Payne? John Moore: It continues to be a challenge. We’re right in the middle of it now. We’re suffering from what I call Batman blowback. The Motion Picture Association of America gave The Dark Knight a PG-13 rating and basically sucked Warner Bros. cock. I have a serious amount of issues with the MPAA. Did you know it was made up of volunteers? As if that somehow excludes them from some type of wrongdoing. You can’t serve on it if you’re a homosexual or if you didn’t grow up in a shared parenthood home. Go to their website and read their charter about what gives a fair and balanced view for typical parents. We’re still strangled by an association that’s straight out of the House Un-American Activities Committee. What are the parameters in Hollywood today between a PG-13 and R-rated movie? John Moore: The MPAA will never publish the rules. They’ll never tell a director, Here’s what’s going to get you an R, Here’s what’s going to get you a PG-13. People might think that’s impossible, but let me tell you, if I’m making a TV beer commercial, I know exactly what the rules are. The MPAA changes their rules willy-nilly and it depends on who’s seeing your actual movie at the time. It’s very difficult to get a hold on what’s acceptable. The only thing you can use is current standards. So I go and see The Dark Knight and I say, “Gee, that’s pretty gnarly for PG-13,” but I felt good about Max Payne after coming out of the theater. I thought Max wasn’t going to have a problem. And that’s not the case. They’re coming down on us pretty hard. What did the MPAA tell you was the problem with Max Payne? John Moore: They said to me, the movie feels R. And I said, “What the fuck is that, a group therapy session?” You can’t do that. They’re meant to judge content, not intent. They said the movie felt dark. Darker than the Batman flick? John Moore: They really hung themselves with The Dark Knight. Every other filmmaker in town is knocking on their door saying, “Please sir, may I have my PG-13 rating and be as fair to my movie as you were to The Dark Knight.”

Until Max Payne comes out, we wish Mr. Moore the best in his battle to get his film the rating he thinks it deserves. “Max Payne” opens on October 17.
Continue Reading
Advertisement
You may also like...
Related Topics:John Moore, Max Payne, MPAA