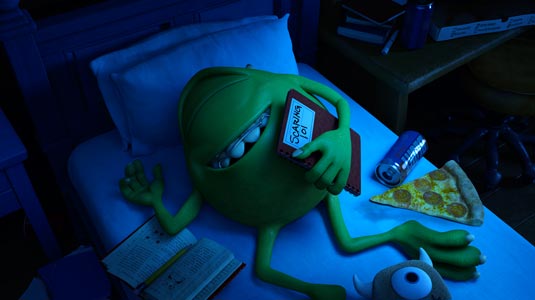 Mike and Sulley are going global in this latest batch of Monsters University posters, targeting Spanish, German, and Chinese audiences, thanks to BleedingCool. In addition, there’s a new image that shows Sulley walking through an especially picturesque corner of the campus, courtesy of PixarPlanet. Check them out after the jump.

If you liked those, keep an eye out for much more Monsters University marketing in the near future. With the June 21st, 2013 release just five months away, the campaign is about to kick into high gear. Pixar Planet reports also that a new trailer will drop sometime in February, but could be preceded by a TV spot during the Super Bowl next weekend.