Poster for the political thriller “Nothing But the Truth” which stars Alan Alda, Kate Beckinsale, Vera Farmiga and Matt Dillon has been released. The movie is both written and directed by Israeli filmmaker Rod Lurie and the movie first premiered at the Toronto International Film Festival. It centers on a Washington, D.C. reporter who faces a possible jail sentence for outing a CIA agent and refusing to reveal her source. 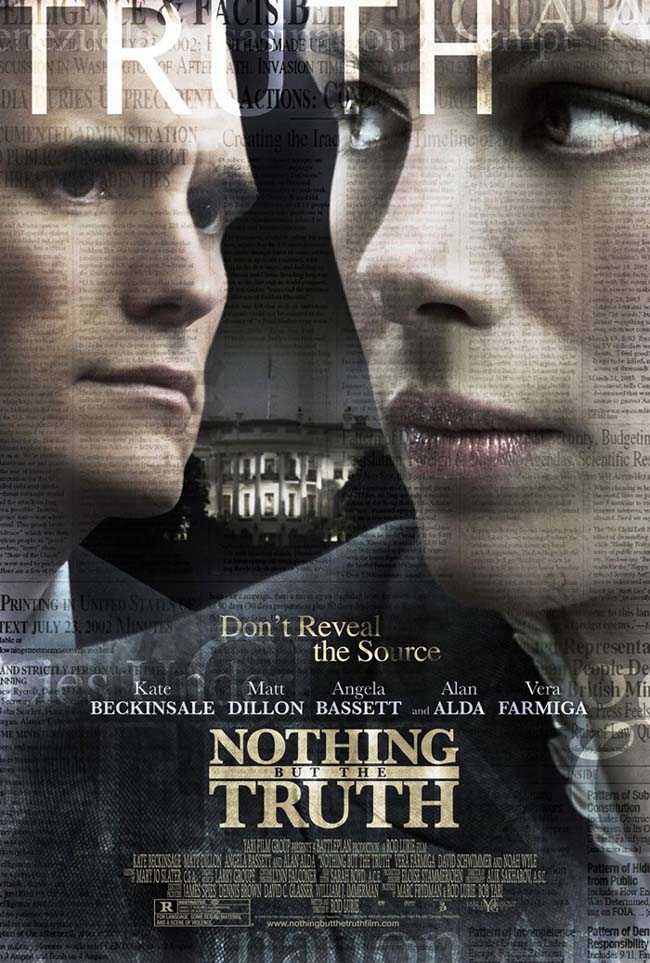