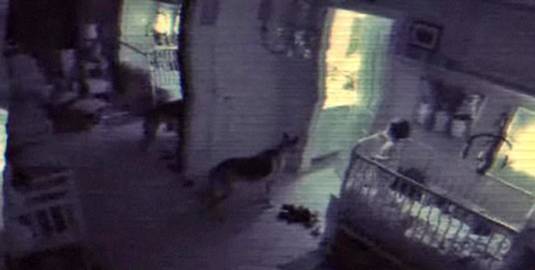 Update:  The latest ‘found footage’ PA film will arrive on October 19th, 2012. Are you ready to get your mind blown? Do it! Paramount Pictures announced that Paranormal Activity 4 was in the works. After its debut at the Screamfest Film Festival on October 14th, the first installment of the series was released on October 16th 2009. Paramount has pumped out sequels to the surprise hit that made over $107 million domestic box office powerhouse with a production cost of $15000 and a low cost of acquisition to make and turned a big profit on all of them. No doubt, PA 3 played a key role in securing Paramount’s spot as the top-earning studio of 2011. As for Henry Joost and Ariel Schulman, who directed Paranormal Activity 3, they are almost certain be back at the helm for the franchise’s fourth installment. Paramount hasn’t confirmed yet whether duo will return to the directing seats or not, but Schulman said of the possibility of him and Joost returning:

Directors are not sure which direction the film will go in yet but in the press release Joost joked,

We have some ideas. It’s going to be just drawings — calligraphy and watercolors. And set in the 1800s.

It’s obviously because PA 3 took the series into the past, looking at what could be considered the series’ origins story. No details yet on cast or story, but you can probably expect to see this terrifying tale in theaters just in time for Halloween 2012. [youtube]http://www.youtube.com/watch?v=srVMVho3w_c[/youtube]

Source: Shock Till You Drop