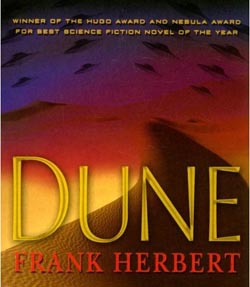 Director Peter Berg (“Friday Night Lights,” “The Kingdom,” “Hancock”) has left Paramount’s “Dune” remake. According to reports the remake still is in the works, with Josh Zetumer (who is also writing the next “Bourne” movie) writing the script, and Paramount is searching for a new director. Paramount is reportedly now eying Neill Blomkamp – “District 9” filmmaker and Neil Marshall, writer and director of “The Descent,” to replace him. No reason has been cited for the Berg’s exit, but some sources suggest that he departed to work on a number of “dream projects” at Universal. It was also reported that Twilight star Robert Pattinson was in talks in May to play in the update (though there was nothing official) but it is unclear if Pattinson still might join the project now that Berg has moved on. “Dune” remake is in the works since 2007 and is still being developed – there is a script but there’s no director now. The original “Dune” was directed by David Lynch, based on the 1956 Frank Herbert novel.
Continue Reading
Advertisement
You may also like...
Related Topics:Dune, Peter Berg