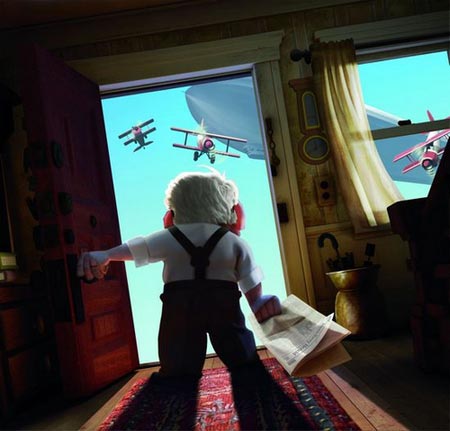 This weekend at Comic-Con, Pixar previewed footage from their next film, “Up” Up is Pixar’s 10th animated film that is scheduled for release on May 29th, 2009. In this “coming of old age” story, a seventy-something hero, alongside his clueless wilderness ranger sidekick, travels the globe, fighting beasts and villains, and eating dinner at 3:30 in the afternoon. In short, it’s about an elderly man who lives in a house that “looks like your grandparents’ house smelled” and fights beasts and villains all around the world. Up is co-directed by Pixar regulars Pete Docter, who directed 2001’s Monsters Inc, and Bob Peterson. The screenplay for the film was also written by Bob Peterson, who wrote 2003’s Finding Nemo.
Continue Reading
Advertisement
You may also like...
Related Topics:Up