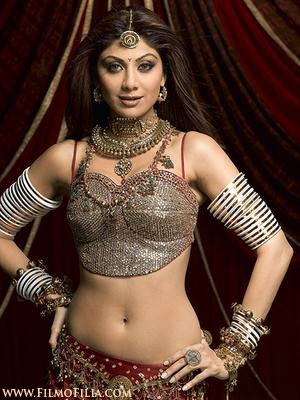 The upcoming James Bond movie will see a Bollywood actress as one of its cast. According to Mi6 News, Shilpa Shetty has been signed to tackle a yet-unannounced role in “Quantum of Solace”.Last August, the 32-year-old Bollywood star was rumored to be the prime candidate to be a Bond girl. As of at the moment, it wasn’t known what character Shetty will be playing. However, Mi6 News noted down that her character will be a minor one. Cinematical speculated that the actress might get a cameo appearance, like Madonna in “Die Another Day” or Christina Cole, who depicted Ocean Club Receptionist in “Casino Royale”. Shetty struck success in the U.K. after she became the winner of United Kingdom reality television “Celebrity Big Brother”. The actress who is also known for her work as a model earlier made headlines after she was kissed on the cheek several times by actor Richard Gere during an AIDS-awareness event.
Continue Reading
Advertisement
You may also like...
Related Topics:Quantum of Solace