Here’s a new red band trailer for Japanese cult director Ryuhei Kitamura‘s No One Lives, an upcoming horror thriller, starring Luke Evans (Immortals). Directed by Versus and Midnight Meat Train‘s director, the film also stars Lee Tergesen, Adelaide Clemens, Laura Ramsey, Lindsey Shaw, America Olivo, Beau Knapp, Derek Magyar, and Brodus Clay. The sweet red band goodness starts off somewhat slow and eventually builds into an action packed bloody mess. Penned by David Cohen, the screenplay is jam-packed with cheesy dialogue with the plot that follows a group of petty thieves that cross paths with Evans as an ex-military agent who has become a serial killer) and his prisoner (Clemens). If you are a Kitamura’s fun, then you will definitely have fun while watching No One Lives. Anchor Bay and WWE Films are set to release the flick in select theaters on May 10th, 2013. If you’re not a fan, you can watch it from the comfort of your own home when it goes direct to Netflix. However, check out the trailer, which is damn cool.

A ruthless criminal gang takes a young couple hostage and goes to ground in an abandoned house in the middle of nowhere. When the captive girl is killed, the tables are unexpectedly turned. The gang finds themselves outsmarted by an urbane and seasoned killer determined to ensure that no one lives. 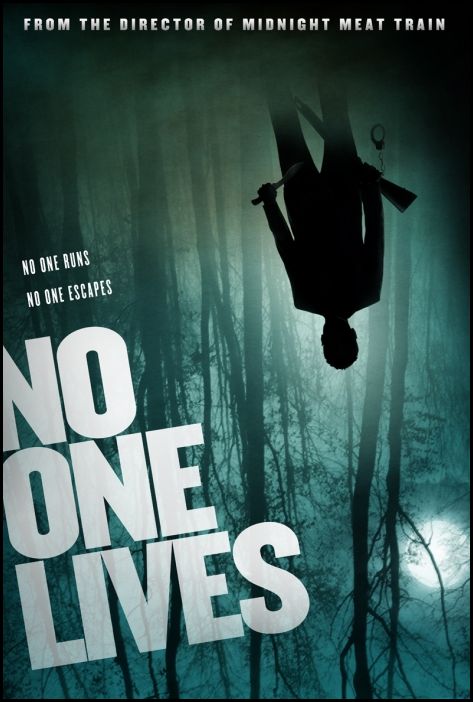