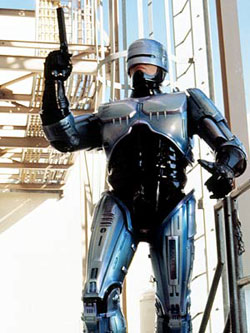 MGM recently announced the promotion of a former Vice Chairman of Worldwide Production for Universal Pictures to a Chairperson at MGM. During the same news announcement MGM also mentioned some of the franchises that are going to grace the silver screen including, amongst others: ‘The Hobbit’, ‘The Outer Limits’ and ‘Robocop’. MGM is planning an exciting fall and winter release schedule. In partnership with Sony Pictures Entertainment, MGM will bring new installments of two of its tentpole franchises — the new James Bond movie Quantum of Solace and Steve Martin in Pink Panther 2. MGM will also release United Artists’ international thriller Valkyrie, starring Tom Cruise on October 3. With the appointment of Parent, MGM will enter its new phase of evolution by focusing on its major movie franchises highlighted by James Bond and Pink Panther sequels, The Hobbit, Thomas Crown Affair 2, The Outer Limits, Robocop, Death Wish and Fame, among others.
Continue Reading
Advertisement
You may also like...
Related Topics:robocop