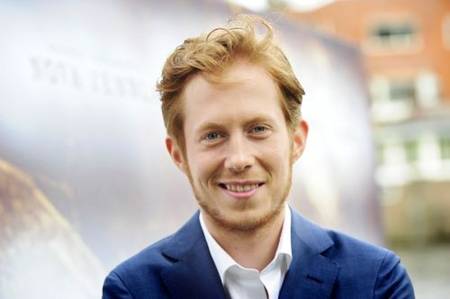 Curious German Soldier in upcoming Spielberg’s new war epic War Horse, Robert will star opposite Scottish actress Pollyanna McIntosh (The Woman). The film, which is currently shooting in Ireland and Luxembourg, also stars UK actress Amanda Ryan (Elizabeth, Shameless) and Irish actor Declan Conlon (The Tudors, Fair City). The unconventional love and death story was scribed and directed by Irish director Brendan Muldowney (Savage). Plotline follows a restless young man who, after his mother’s sudden death, doesn’t leave his house for ten years. Until he is forced to explore a world which existence he had forgotten about. He slowly starts to discover this outside world, which seems to him to be often confusing and ruthless, as well as his own dark side. Just when everything threatens to overpower him a vibrant, young woman, with a comparable loss and trauma, seems to be his only hope for rescue. Love Eternal is scheduled for international release in 2012. Talented Dutch thesp Robert plays the lead in Me & Mr Jones (2011), an English spoken movie about Joran van der Sloot by Dutch director Paul Ruven. He will next be seen in Nova Zembla, directed by acclaimed Dutch director Reinout Oerlemans (Stricken). Check out the trailer for Nova Zembla, 3D movie that tells the gripping true story of the legendary failed mission of the late sixteenth century Dutch flotilla trying to find a trading route to Asia across the North Pole. [youtube]http://www.youtube.com/watch?v=sLqvKJkpP7g[/youtube]

Continue Reading
Advertisement
You may also like...
Related Topics:War Horse

HUNTER KILLER Gets Antoine Fuqua as It’s Helmer
Is French Beauty Berenice Marlohe the New Bond Girl? Is SKYFALL the Title of the Next James Bond? (Updated)
Advertisement