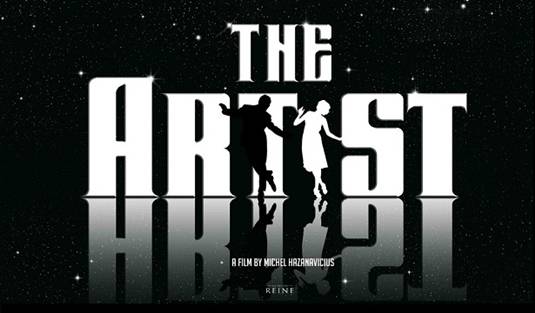 The Weinstein Co. has released a new holiday-themed poster for their frontrunner in the 2011 awards race, a critically-acclaimed drama The Artist, which is currently playing in limited release. The Artist is an absolutely charming homage to old movies that proves the old can be new again with such a universal approach. George Valentin, a silent moviestar is played by charismatic Jean Dujardin and his mere presence is a spectacle. Another virtual unknown Berenice Bejo stars as aspiring actress Peppy Miller, merely being in George’s orbit can launch a career. But there’s only one place to go from the top, or hit the bottom, particularly when the revolutionary sound-on-film technology transforms silent features into talkies. Director Michel Hazanavicius has written a nostalgic hymn to Hollywood’s golden era, matching vintage tropes and pacing with familiar, beloved character archetypes. The film was released November 25th, 2011 and also stars John Goodman, James Cromwell, Penelope Ann Miller, Missi Pyle, Beth Grant, and Ed Lauter. Take a look at one-sheet below: 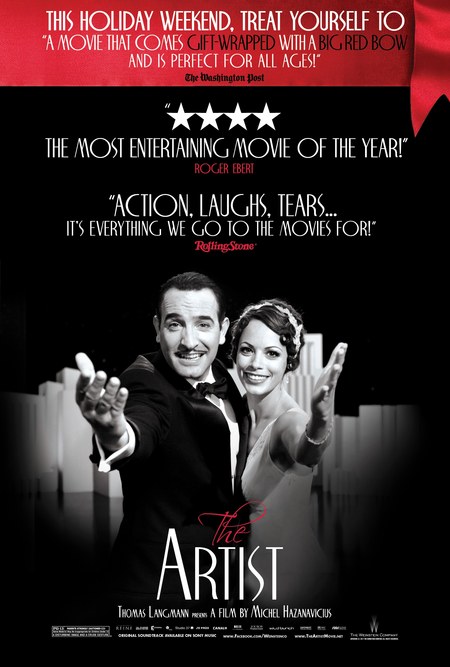